Analysis Of The Results Obtained

On September 1st, WinnerOdds published again Minimum Profitable Odds. After analyzing the August results, everything was ready and we were ready to resume betting.

Is it variance? Has the COVID breakdown affected the method? As I commented in the Telegram groups, in the long term (years) the method works. It is backed by the results of more than 4 years (even though past performance do not guarantee 100% future performance). But after more than 33,000 picks, the probability of having won by luck is negligible.

Assuming that the long term method does indeed work, is it possible to obtain these poor results in this short term?

As you know, we place bets with positive expected value, which can be calculated as:

Since the results have been bad, if an assumption is made that the probabilities used to calculate the minimum odds are not sufficiently accurate, then we need another way to estimate the actual probability. Commonly, according to CLV (Closing Line Value) theory, a good estimate of the actual probability is considered to be that calculated from the final odds. To this end, I have used the final odds of the following bookmakers, if they exist, in this order: Pinnacle, Marathon bet, Bet365, or any other bookmaker where a first bet is placed by a WinnerOdds user.

Once the final odds have been chosen, the real final odds with no margin are calculated from the formulas:

1As explained by @12xpert in his excellent article:

As average betting odds, I have taken the liberty of dividing the potential profit of the bets registered by all users if successful, by the total bets of the users, plus 1:

That is, we take into account the different odds bet from the initial odds until the odds cross the minimum profitable odds and we stop betting (if odds are decreasing and cross it), or until the real final odds if they are increasing.

Finally, the expected value of each bet can be calculated as:

To give some examples:

If we add up the expected values of all the bets, the average result we should have obtained is +22,871.12€.

To sum up, with respect to the “expected” calculated with this procedure, we are about 93,000 euros below after 437 bets. 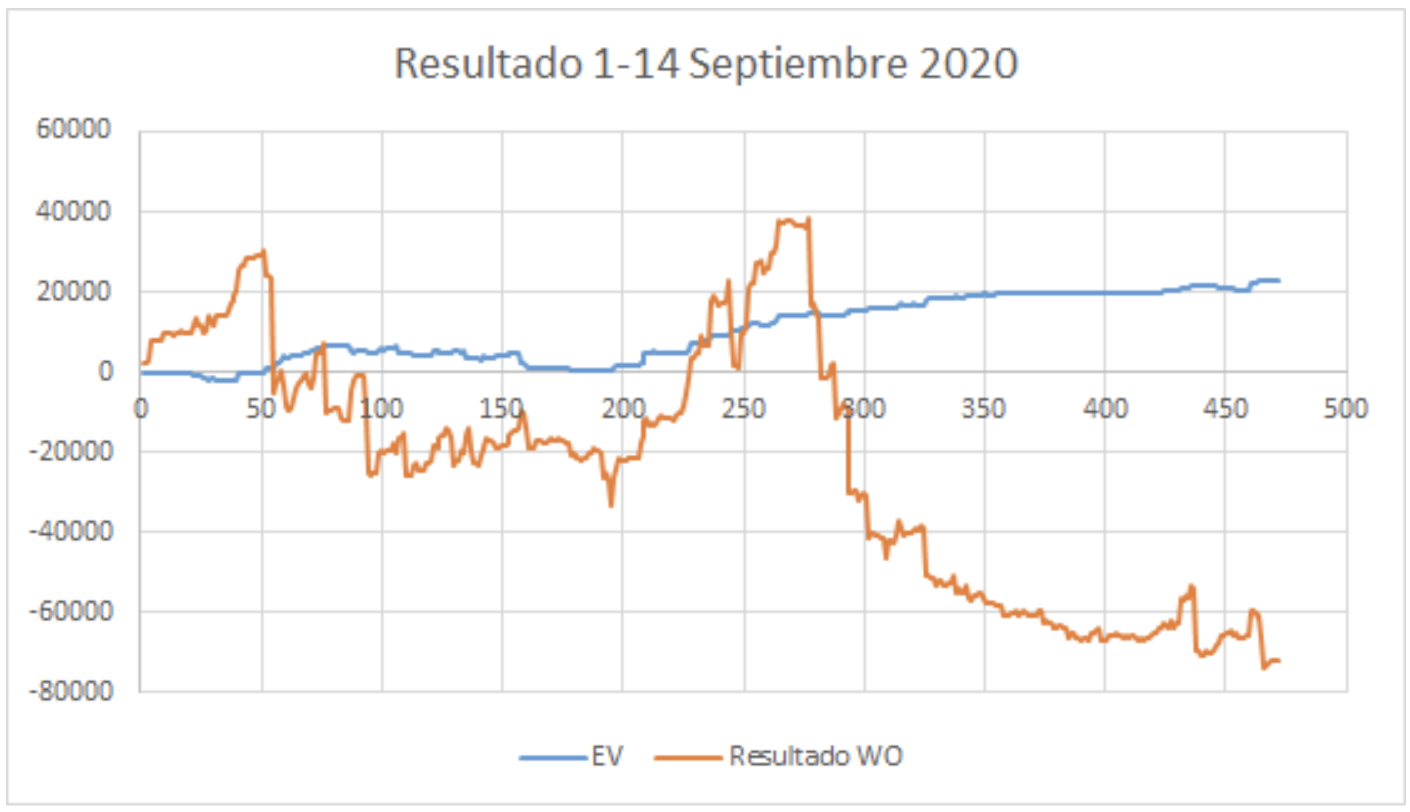 * In the graph you can see more bets, but they are those in which the amount bet was 0, that means 0 EV and 0 profit.

How rare is this result?

As we have an estimate of the real probabilities of the result of each match, considering that the bets are independent, we can make simulations with the Monte Carlo method and add up how much we would have won or lost after repeating all the matches, for example 10,000 times.

If we represent the result of the simulations in a histogram, the following distribution is obtained: 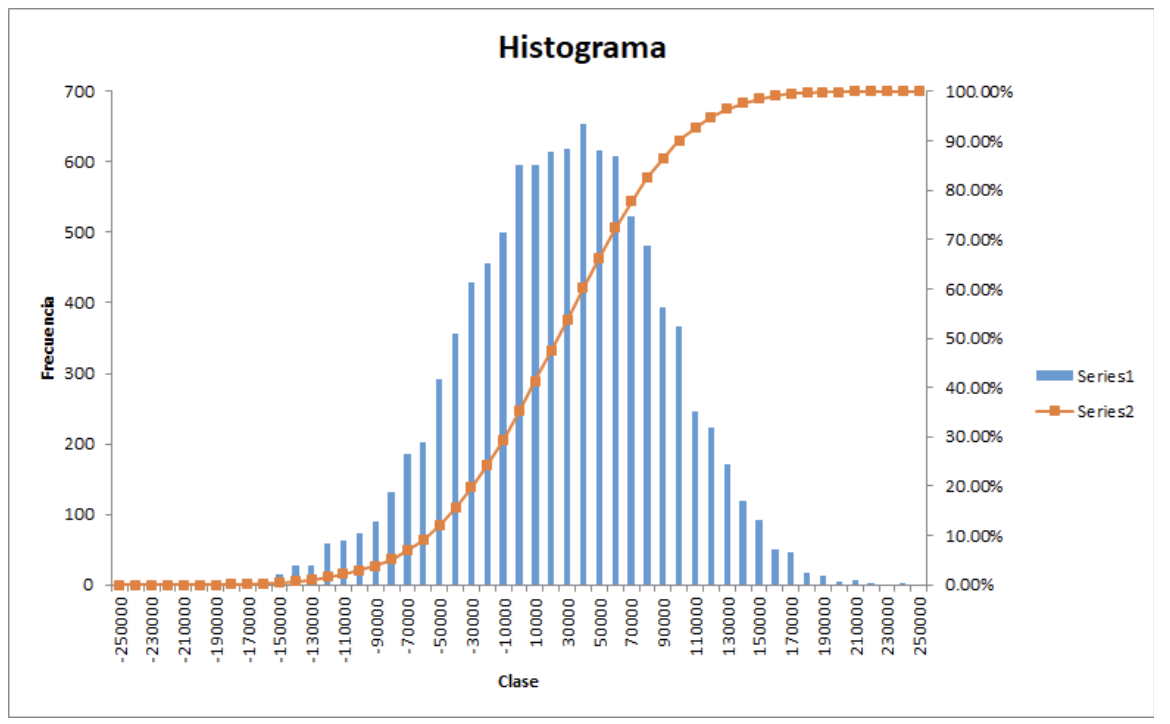 In other words, we had about the same chance of losing more than 60,000€ as we did of gaining more than 100,000€. 437 is a tiny sample size, or we have to assume that the CLV theory is totally wrong (the real odds should be very different, always, from the inverse of the real final odds without margin).

How have the odds shifted?

It is interesting to know whether our minimum odds estimates are in line with the “market” or not. Well, of these 437 bets, let’s count:

It can be observed that most of the time (78.1%), the real final odds without margin are lower than the average odds bet by WinnerOdds users, that is, we are managing to bet with a positive expected value. In the case “Average Odds > Real final odds >= Min Odds” (14.9%), the faster ones get the higher odds, and the slower ones may be betting a little bit below the real odds. However, in the most frequent case (63.2%), “Average odds >= Min odds > Real final odds”, everyone is betting with EV+ (as long as they bet above the minimum profitable quota).

Finally, we see that in 22.0% of the bets, “Average Odds <= Real Final Odds”, that is, the market does not move or finally evolves in the opposite direction to that which marks the minimum profitable quota, but of course, we cannot know this in advance.

WinnerOdds users’ bets also “push” the final odds down, so we could be making the mistake of giving a prediction (the odds are profitable and the real final odds should go down), and causing precisely that prediction to come true, which is called a “self-fulfilling prophecy“.

It is impossible to know where the real final odds would have ended if we had not bet, but we do know that odds do not always move in the direction predicted by WinnerOdds, and therefore we know that there are many more people betting, especially at Pinnacle where the liquidity is more important and the bets of WinnerOdds users are diluted in the sea of gamblers.

On the other hand, most of the bets made by WinnerOdds users are not at Pinnacle, which is the bookmaker that can best represent the market, since they do not limit and allow a bigger final liquidity.

Finally, our algorithms are “trained” against the initial odds of the bookmakers, so in the long term, although we affect the final odds, we are “fighting” to be better than the bookmakers in the initial odds, and then the market moves in one direction or another, after we have already bet.

Furthermore, we can compare with the same analysis made, for example, the month before the stop due to the COVID.

The pre-COVID analysis, between 14 February and 14 March 2020, leads to the following results:

In other words, on this occasion, more was gained than expected taking into account the real final odds as a reference for calculating the real probability. The yield on 636 bets should have been 4.75%, a value very similar to the long term yield obtained by WinnerOdds users, but nevertheless 13.05% was obtained. 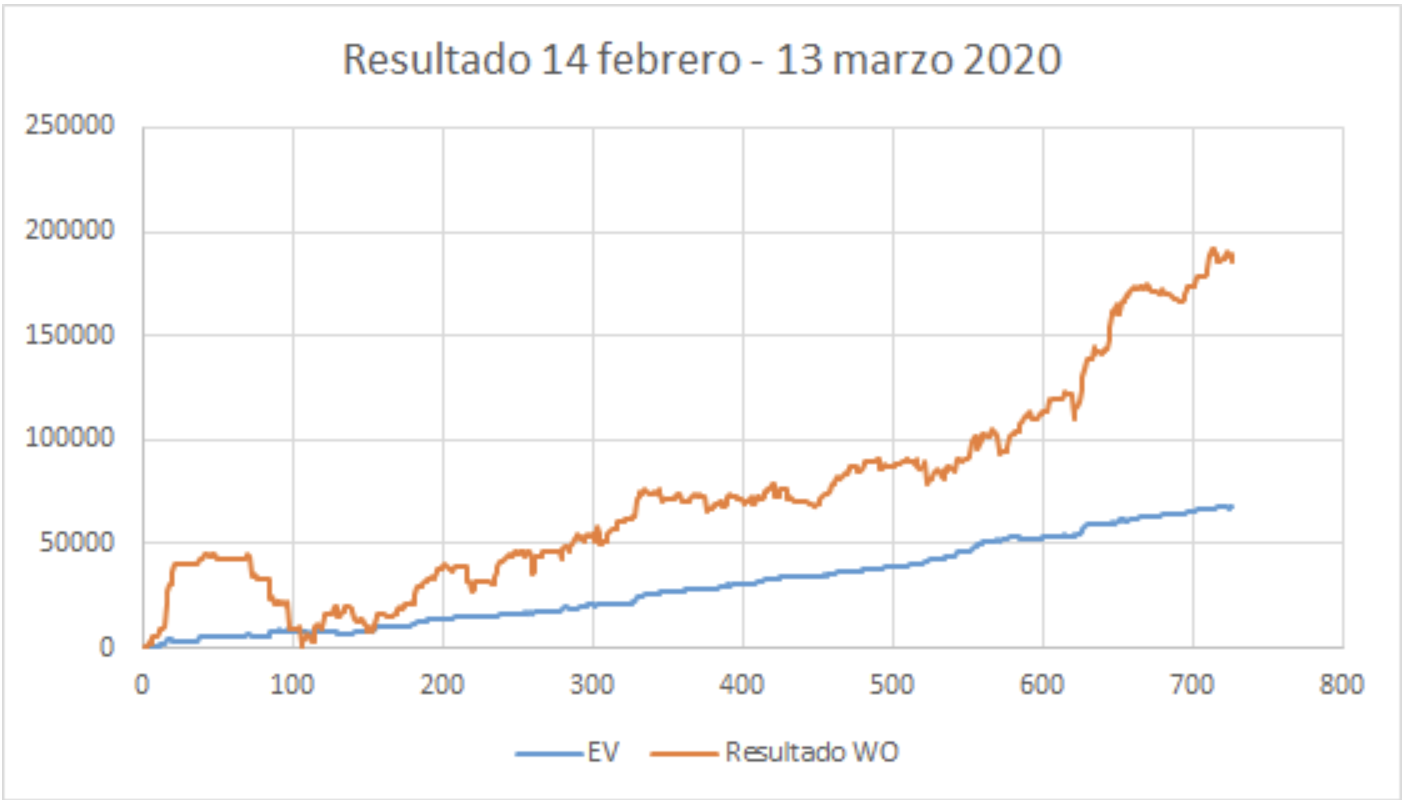 * In the graph you can see more bets, but they are those in which the amount bet was 0, that means 0 EV and 0 profit.

The odds movements are very similar, with percentages of each type of movement very similar to those of the last 15 days:

And finally, what was the probability of winning more than 180,000 euros, and of ending up losing? We see it in the histogram after making 10,000 simulations with random match results according to the probability implied in the real final odds: 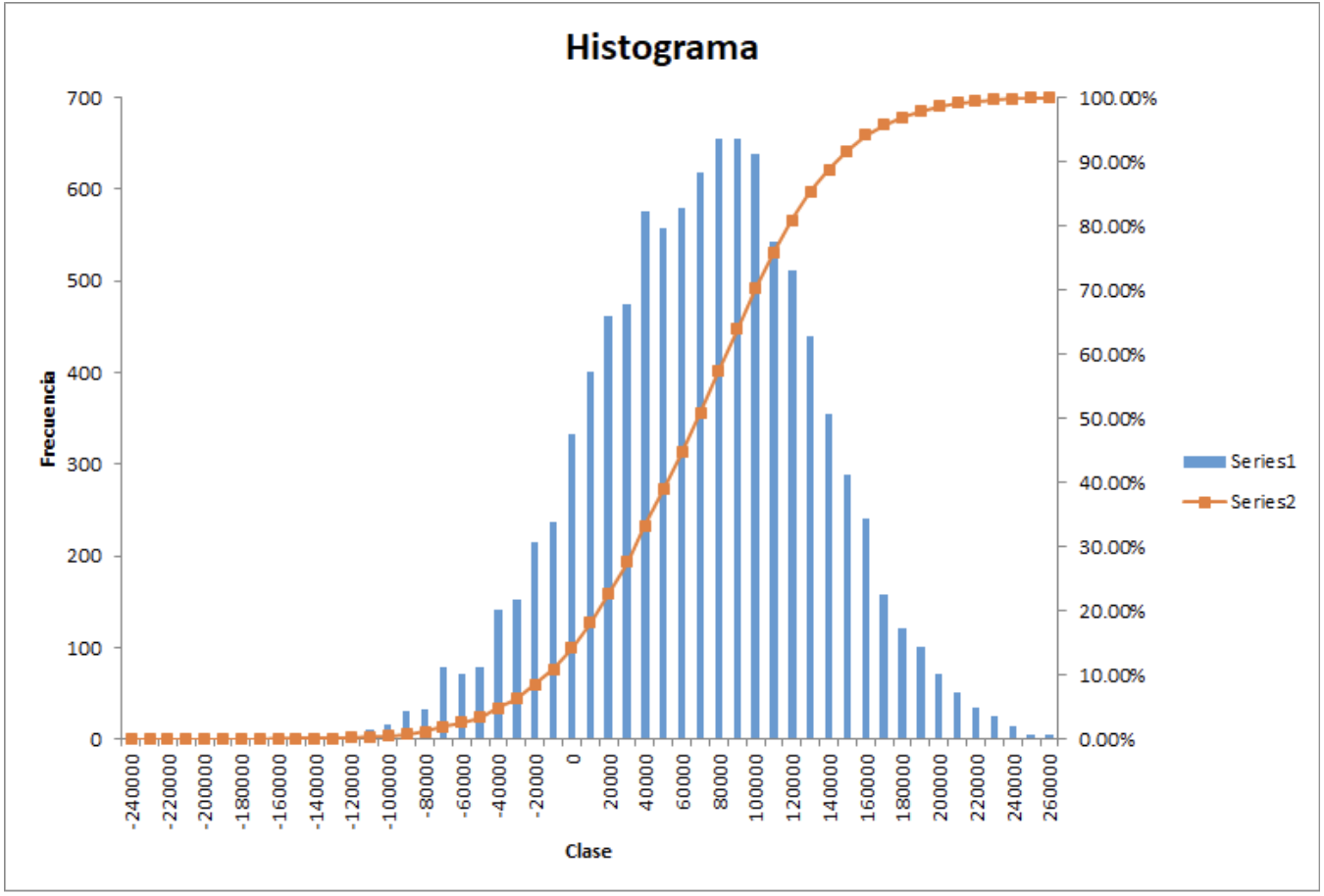 Winning at 13% average yield of all users after 636 bets is a lot of luck, when in the long run the average is about 5%.

If the CLV (Closing Line Value) theory were true, we would have suffered “negative” variance, and regression toward the mean if we consider the February and March results.. As we know, for average odds around 1.6, less than 1000 picks will be very affected by the variance.

I am not in favour of accepting this CLV theory 100%, since, although it is true on average, we do not bet on all matches, but on a selection of them. However, in the short term, it is a good estimate that we have of the real probability of each match, so at least theoretically “we are beating the market”.

I hope that the results will improve. Anyway, we shall see what happens when we repeat this analysis later.

We may or may not like it, but gambling is like it is. Take it or leave it.

We have published almost 2000 picks since we returned to action, after the hiatus due to Covid-19. Variance has once again taught us that betting is a long term proposition and that we should avoid riding the short term highs and lows of the daily grind.

Many users left, it’s normal. However, many others trusted our system and long term results. What we could see was:

We checked the system as usual to verify that everything was correct and we were betting EV+ (1), and we also decided to delay our publishing of the Minimum Profitable Odds (2), allowing us to totalize more bets.

Sometimes this strategy may cause us to miss betting opportunities, however, those are opportunities that would only allow us to bet at low volume. But by waiting before publishing the MPO, we can place higher volume on every bet.

After almost 2000 bets, these are the EV+ and real results:

We are still below the EV, but we have already recovered the drawdown losses. Are we better now than we were before? If we accept that the closing odds represent the real probabilities, the EV line shows we should be winning more or less at the same rate per bet than during the drawdown.

We knew that we were affected by variance. How important is that variance? If we simulate the results of all our bets 10,000 times, the distribution of profit would be around an average profit of 50,000, that is the Expected Value, but the real results are that 2000 bets are still influenced by luck. We are now closer to the average and going up, but that doesn’t mean that we cannot have another bad streak, sooner or later we will suffer it again. Take it or leave it. 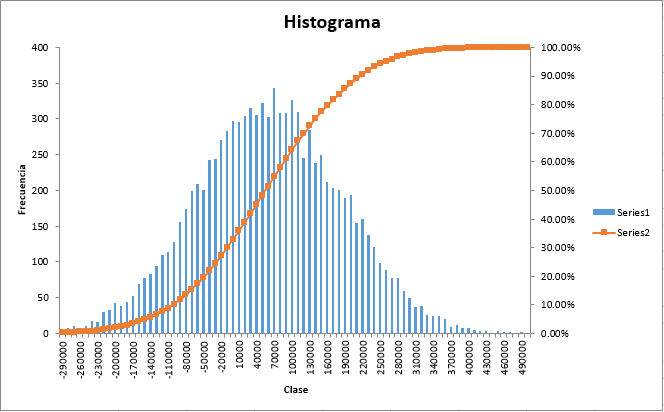 Like Nadal when he won a set after losing with a score 5-1 40-0 against Andujar in RG2011, he probably knew that he was doing well. He knew that sometimes the ball bounces outside the line. But that is what happens when you try to win and you have to risk. No free lunches. 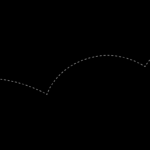 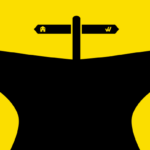 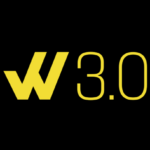